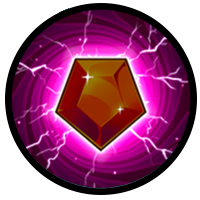 Should I Buy Them?

Our general advice for all of these Gene Lab "Permanent Genetic Upgrades" would be to use the Gene Lab Worksheet to see what might be the best use of your genes. The reason for this is everyone's setup is different, and since all of the Genetic Upgrades cost the same, the 5 points you spend here might be better spent in one of the other upgrades.

That said, of the four upgrades this one is probably the best in terms of "bang for your buck" - increasing the bonus provided by gems is in most cases the single biggest impact you can have on your overall damage picture, but you might get more benefit by raising one of the other upgrades first. Your mileage may vary though, which is why we have the worksheet so it can look at your specific picture of mutations, genes, gems, etc and calculate your specific benefit from choosing this upgrade.

The best thing about these upgrades - there are no caps, and the price does not go up as you raise it. Gem Crystallization caps out on the Gene Tree at 10%. This upgrade lets you very dramatically increase that over time.