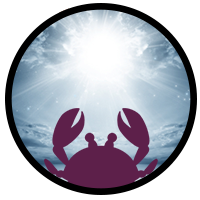 AS2k / BG2k
You may hear some players talk about their "AS2k" number, or after the 1.4.0 update, their "BG2k" number. This is an unofficial unit of measurement that the player community has come up with to determine how powerful they are in relation to each other by using the DPS of the final queen as a gauge.

NOTE: If you have the gene Royal Wings, and you have the ability Queen Frenzy running at the time, your displayed DPS number will be doubled. To have an accurate AS2k / BG2k in this case, you would divide the number in half, or wait for Queen Frenzy to run out.

Why the final queen?

Damage numbers are impacted by queen skills. If we were to use a lower queen, the number showing in your game would most likely not match because you've unlocked and levelled who knows how many queens after it whose skills would change what you see there vs what we would calculate here.

To compare apples to apples, we use the final queen at 2k, when all skills have been purchased and that ambiguity has been eliminated.