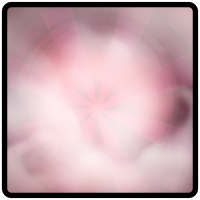 3x damage isn't that much at higher levels, and if you have Shadow Swarm active, you have a much better choice down below.

Before you get the boss timer mutation this could get you a few bosses further than normal.

Any time, but especially when you have Shadow Swarm running.

It's not a super big jump in damage as described above unless you have Shadow Swarm running. Just rough numbers, but if you have Swarm running, consider that 2.5x boost becomes an overall 25x boost per second to your damage, multiplied by the Swarm's damage ability. Compare that to Poison Cloud which is only 3x the average.

Which Talent Should I Choose?

Most people pick Poison Cloud thinking the reptiles "die faster" - which can be true to a point. Poison Cloud tends to apply its damage the very instant that the reptile is "killable" without waiting for a crab to make impact. At low distances, 3x your avg crab damage is usually more than enough to kill the reptile so they "pop" and die.

However, when you consider how many crabs you have flying up at the reptile - especially with Shadow Swarm running - the lag time between the reptile becoming "killable" and a crab making contact with it is miniscule. You might save yourself a few seconds every 1000m by using Poison Cloud, but is that little bit of time worth losing the extra damage of Dense Cloud at higher distances?